Professional Engineer's Analysis of
Tribometers and Coefficient of Friction 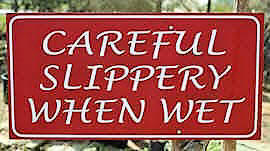 Pedestrians slip, trip, and fall on walkways, sidewalks, paths, parking lots, steps, and stairways for many reasons. Among the more common reasons are clumsiness, a slippery surface, not paying attention, and defects in the surface or steps where the pedestrian fell. Many pedestrians walk in places where there are defects, but not all slip, trip, and fall injuries occur because of negligence. 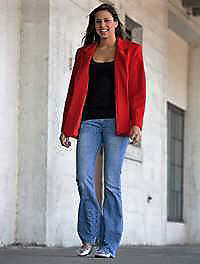 Coefficient of friction and slip resistance are often used interchangeable. Although they are related concepts, they are not identical. Slip resistance is what one is looking at in slip and fall incidents.

A slippery surface can cause a pedestrian to slip and fall. Years ago, a block of a known weight was dragged across the surface to measure the static slip resistance. However, slip, trip, and fall incidents occur when pedestrians are walking, so the dynamic slip resistance appears to be more appropriate.

A Tribometer is a device for measuring tribological quantities. Tribology is the science of the interaction between surfaces in motion relative to each other. Tribology includes the application of the principles of friction, lubrication, fluids and fluid flow, materials properties. In slip and fall incidents, human dynamics and human reaction to a perceived loss of friction play a significant roll. Tribology includes mechanical engineering, materials science and engineering, fluid flow, physics, and chemistry. When analyzing slip and fall incidents using tribology, human factors must also be included. 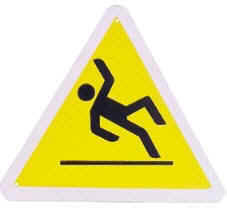 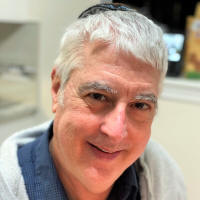 Hal Krongelb PE performs Engineering inspections where litigation or arbitration is being considered. Hal Krongelb PE is a State of New York Licensed Professional Engineer with extensive experience in the preparation of reports, preparation of affidavits for summary judgment and other court motions, along with testimony experience.

Proximate or Substantial Cause

Proximate cause is often defined as the immediate or closest cause. Substantial cause can be defined as being a significant factor or contributing significantly to an injury. When examining a site or building where a personal injury accident occurred, it is important to determine the proximate or substantial cause of the accident. Some Engineers cite irrelevant deficiencies as the cause of an incident. For example, if a client fell at the top of a set of steps, hazards near the bottom of the steps are irrelevant.

There are many experts who look to find any defect or hazard and never determine if it is the proximate or substantial cause of the accident. It is important that only relevant defects, hazards, and codes are included in reports. Engineering reports that include irrelevant information may look good at first, but these reports can be defeated in summary judgment.

The Laws of Physics
Do Not Change

A Professional Engineer's report or affidavit needs to reflect the Engineer's professional opinion based on well-accepted scientific, engineering, and mathematical principles. Common sense is also an important component in an Engineer's analysis. If your case does not conform to the laws of physics, revisit the case. The laws of physics do not change because of your client's testimony. This is a critical point when writing a report or an affidavit. 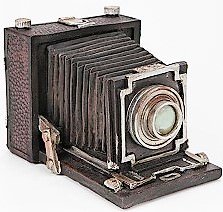 Many personal injury consultations must rely (at least in part) on photographic images. As long as the photographic images fairly and accurately represent the site as it existed at the time of the incident, a Professional Engineer's report detailing hazards and code violations can be created.

You will be quoted a fixed fee based on the information provided. There is no extra fee for answering your questions on the phone. If you request an increase in the scope of the consultation, additional fees are always discussed before any Engineering work is performed. You know the expected fee for the professional services when work is started. 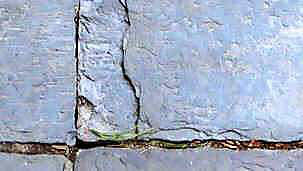 De minimis means too trivial or unimportant to be considered. A de minimis defect is a defect that a defendant is arguing is too small to be considered as the cause of the accident and injury.

The cause of injury is often the defendant's failure to use reasonable care in the maintenance or repair of a building. Engineers need to look at the site conditions, and determine if the owners created a defect or hazard by failing to use reasonable care. It is also important to determine if it is foreseeable that the condition could cause an injury. 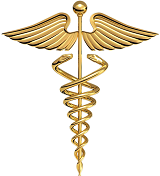 Professional Engineers are not Physicians and cannot provide a medical diagnosis or medical advice. However, it is important for Professional Engineers performing personal injury consultations to have a basic understanding of mechanism of injury, how a human responds in different situations, how different medical conditions are treated, etc. Often it is necessary to read documents written by first-responders, nurses, and doctors to understand the connection between an injury and a hazardous condition.

Some Professional Engineers are "hired guns". These expert witnesses provide a report in favor of their client regardless of the facts, the laws of physics, or reality. It does not help to exaggerate or embellish findings. If there is no defect, that is what you should be told. There are Attorneys who will never use my services because I do not embellish the reports in favor of their clients.

Embellishing a report or relying on a code reference that is not applicable may work if an insurance company settles based on an inaccurate report. In other cases, the expert's statements in the inaccurate report cannot stand up to summary judgment or under cross-examination in a Court of Law. You are provided a professional opinion based on reality that will hold up to summary judgment or under cross-examination.

It is important to know what to say, what not to say, and how to phrase findings. Judges typically do not accept medical, psychological, legal, financial, etc. professional opinions from Engineers. Yet some Engineer routinely provide these opinions in their reports. These non-Engineering opinions often do not hold up under summary judgment.

Everything in the reports is designed to stand up to summary judgment and under cross-examination during trial. This has been tested during many court trials and summary judgment decisions. 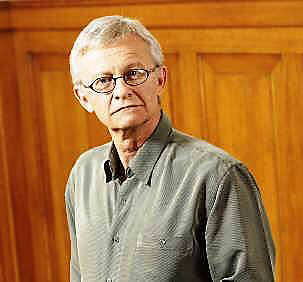 After World War II, Engineering moved from war-related work to developing products for consumers and of national interest (such as the space program). There were few universally accepted standards other than building codes and mechanical standards such as standard screw and wire sizes. Many Engineers who graduated before the mid-1970s created their own standards, often changing these standards from project to project.

When choosing a Professional Engineer, be careful of Engineers who define their own standards. While they may sound good, their testimony will hold up no better under cross-examination based on today's standards than the 1959 Chevrolet Impala held up against the 2009 Chevrolet Malibu. 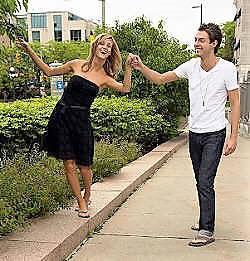 A Professional Engineer evaluates incidents. Someone is injured, which is the incident. It is only after the incident is evaluated that the cause of the incident and negligence can be established.

When an incident is evaluated, there should be no pre-conceived notion of who is negligent, why they are negligent, or how the defect or hazard was created. An incident should be evaluated in a methodical and unbiased way, including the application of well-accepted Scientific, Engineering, and Mathematical principles. Only after all the facts related to the incident are determined can negligence and blame be determined. It is noteworthy that this approach often finds a much more significant defect and yields a much better case for your client.

A trip and fall on a public sidewalk is different than a trip and fall on a stairway, ramp, or other required means of egress. The standards and applicable codes are often different. Sidewalks by their nature have irregularities and pedestrians need to exercise reasonable care. A concrete path that is part of a required means of egress may be held to a higher standard than a sidewalk along a street. A Professional Engineer needs to determine which codes and standards are applicable.

In addition, there are numerous standards that have been published by many different organizations. These standards can help, but a Professional Engineer must be cautious when applying them. For example, a national standard for the measurement of slip resistance of a surface was withdrawn when it became apparent that the standard was nothing more than a sales promotion for one manufacturer's testing device.

Most important is knowing which codes and standards apply to which locations. If irrelevant codes are cited, the Professional Engineer's report is of little use. 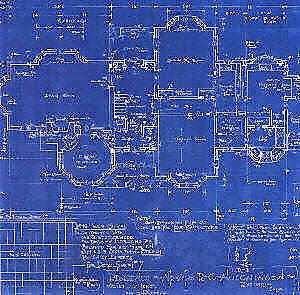 The term grandfathered is often applied to existing construction. Saying a building is grandfathered is often inaccurate. Grandfathered only applies to original unaltered construction. Grandfathering requires that no changes were made without required permits and approvals. Once a change is made to a building, newer building codes, standards, and municipal regulations become applicable. For example, making a change to the interior of a building might require that exterior steps be brought up to modern codes. Just because a building complied with the applicable codes at the time it was constructed does not mean that hazardous defects are permitted.

Even if the building or site is unaltered, it may not have complied with the codes, standards, and regulations in effect at the time the building was constructed. Many older codes, regulations, and standards are not as clearly written as their more modern counterparts.

The Engineer needs to consider both the wording and the correct application of the code, regulation, and standard. In addition, the injury may have been caused by faulty maintenance, which may be a violation under current codes.

Just because a building complied with the applicable codes at the time it was constructed does not mean hazardous defects are permitted. Failing to maintain a building or site in a safe condition is never grandfathered.

Clearly written reports help make it clear how defects and hazards at a site contributed to an accident and injury. Clearly written accurate reports can help you settle a case and avoid the time, expense, and uncertainity of a trial.

If the case has to be litigated in a court of law, Hal Krongelb PE has served as expert witness and has qualified as and expert witness in United States Federal Courts and at all levels of State of New York Courts.

Standards of Practice
and Code of Ethics

To protect an individual's privacy, images of people used on this site are either licensed stock images or used with permission.